Gravity. Quite a strong force. After the meeting with Jesse and Seth, I wanted to pay more attention to the gravity more this time. Just lifting my left arm off the water takes a lot of energy. I have never felt the force of gravity as heavy and dense like that before.

My left arm is also connected to the whole body. By raising the arm, the whole body needs to adjust, especially upper body, to balance. It’s more apparent when I tried to lift one leg off the air, which is quite impossible without touching the floor in this shallow pool tank.

As I’m keeping the arm up, it gets tiring. My arm wants to go back to the water where no tension or muscular effort is needed. Magnetic, it is. It’s refreshing to feel this magnetic sensation towards the ground.

It was longer, I felt. The tank seems to be a bit smaller, but after I put myself in it, it doesn’t feel like it. Somehow I’m floating a lot more than the last two. “more” as in more buoyancy.

I think of the infinity pool that rich people owns. The one that looks out to the vast landscape as you’re in the pool, which you cannot see the end of the pool. Not sure why. The color of the pool is not the artificial blue that they paint on the wall of the pool. The one I’m seeing has a color of dark blue, darker than navy blue jeans. Almost black.

In this tank, even though there is no light, I don’t see black. I usually associate invisibility with blackness, but now I’m having a second thought on that. What is the color of invisibility. No color. that’s easy to say. Maybe color is not just a visual stimuli, but more to do with mental association, feelings, and physical sensation.

the floaty feeling after the float is not as strong as last one today. Maybe more next time.

As I’m typing this, I am still feeling this dreary state. I don’t hear any weird sounds or anything, but I feel like I lost a few pounds lighter. Maybe this is the “light” walk that I wanted to achieve in the last piece.

Unlike last time, this time, I believe I fell asleep. completely, I think. It feels like I was in there only for 20 min. The music came on, and I couldn’t believe it was already 2.5 hours.

I vaguely remember the loud heart beat, thinking about Acid Farm’s gig last month. I better tell Jesse about it. But it disappeared. heart beat disappeared.

The first sensation I can remember is this swaying feeling. I was in the “Ocean float” room, which you can move around relatively. This swaying feeling didn’t seem like the actual physical swaying. More like the residual of the physical one in my mind and my body. It reminds me of the lady in white dress in Japanese horror movie Kuroneko in 1960s.

It was hard for me to get into the mood. I think I got up like 2 times. I can’t remember why I got up the first time, but I did the second time because I was feeling noxious. Kind of like carsick or seasick. Probably because I was moving around with my arms quite a bit. I think I got the hang of it the third time in the float. I even felt asleep a bit, but got up right before the music started because some of the water went into my eyes slightly.

Hopefully, the next one is more of a smooth ride. 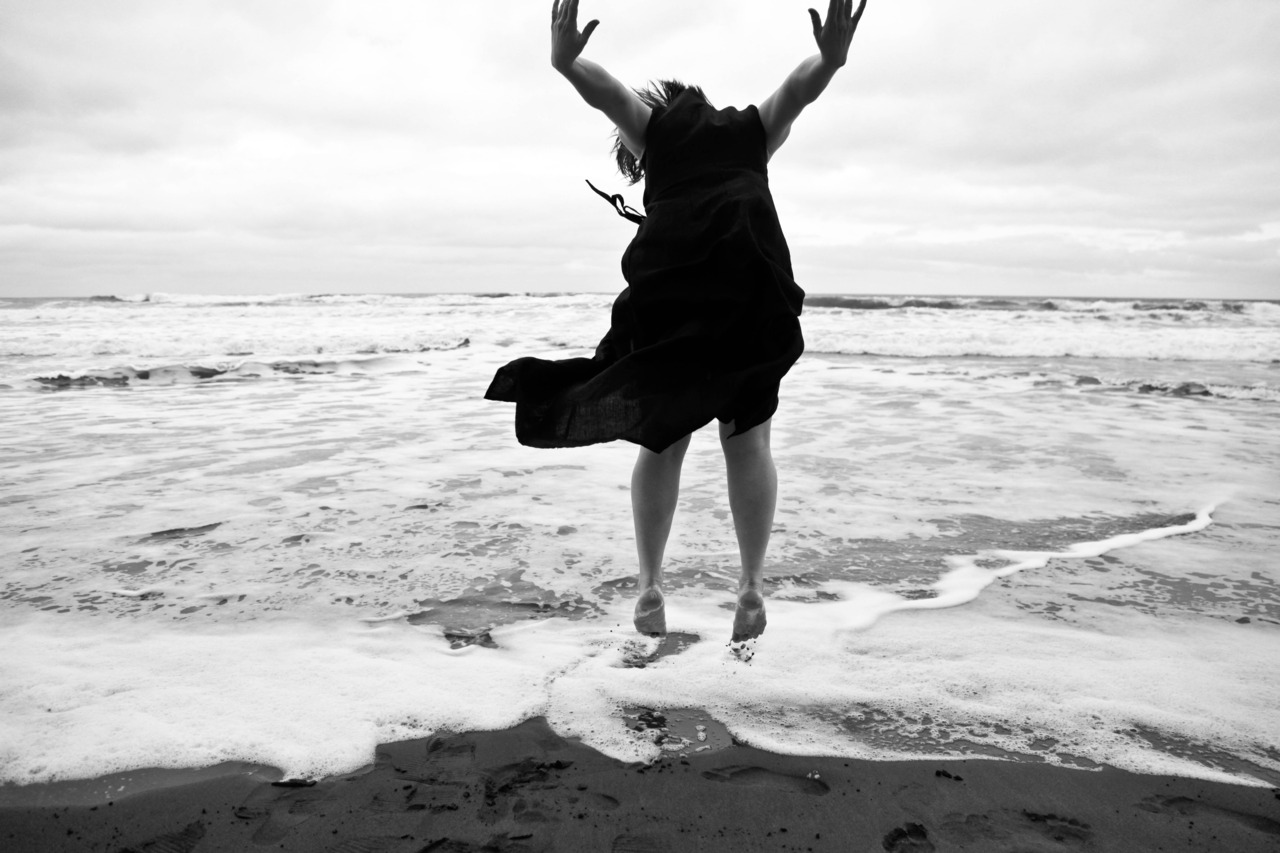 Scroll down for new posts in chronological order.

Hover over each dancer's name at the top to learn about them and read their blog.

We are born from the void with nothing but our bodies in tow. Everything else – names, preferences, identities, occupations – gloms on later.

In collaboration with Float On, the seven dancers of the Float Dance Project — Estelle, Kaj-anne, Kirsten, Sophia, Taka, Tere and Wren — will jump back into the void and see what emerges, using the only tool we had when we came into the world.

Over the course of May 2013, each dancer will receive six 3-hour solo sessions in a sensory deprivation float tank- a lightproof, soundproof chamber filled with 10 inches of salt-saturated water where you float like a cork (more info here).

With no external stimulation to distract us, what will dance out of our innermost realms? Our job is to explore this question through movement.

At the end of the month, each dancer will have choreographed a solo movement piece that in some way reflects their float experience, and will then work with a videographer to create a short movement film that captures their choreography (for public and online screenings). There are no further parameters.